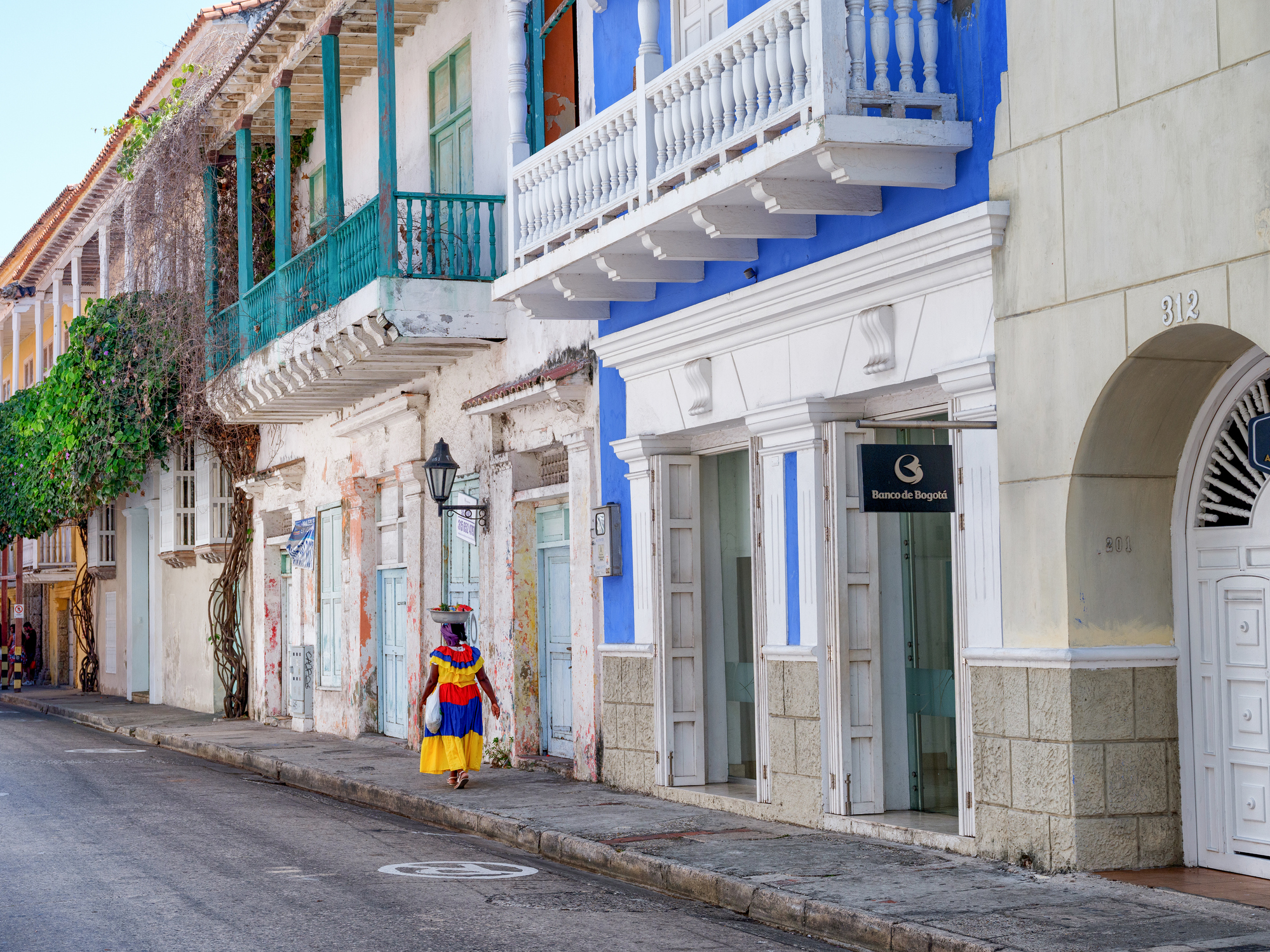 This Colombian city is steeped in history and surrounded by magical places everyone should visit at some point, such as the Lost City that the Spaniards never found

Santa Marta boasts one of the most fascinating earthly paradises. Located on the coast of the Caribbean Sea, it bewitches visitors with its overwhelming diversity of ecosystems, its beaches with clear waters, its colonial past – it is the oldest city in Colombia – and its places steeped in history or that were home to ancient civilisations, such as the Lost City, which the Spaniards failed to find in the jungle. It’s no wonder this Colombian destination made it onto National Geographic’s list of places to visit in 2023.

The city of Santa Marta is the starting point to visit other interesting places, such as the Quinta de San Pedro Alejandrino, where Simon Bolivar, known as the ‘Liberator of America’, spent the last days of his life, or the unique Aracataca, the town that became famous as the birthplace and inspiration for several works by the Nobel Prize-winning writer Gabriel García Márquez. The reasons to visit this small seaside town are endless. And without underestimating its main attraction, the beaches, here is a guide to the must-see places in and around Santa Marta.

A tour through the centre of Santa Marta

How could you not fall in love with a destination that’s not just sun and sand but also culture and history? Santa Marta lends itself to a leisurely stroll, not only because of the pleasant Colombian temperatures between 23°C and 32°C, but also because strolling through its historic centre does not require much time, although it is well known that strolls through colonial architecture can take as many hours as you like. Santa Marta was the first city founded in South America in 1525 by the Sevillian conquistador Rodrigo de Bastidas, whose remains rest in the city’s cathedral, also known as the Basílica Menor, an attractive Renaissance-style building with a white façade that stands out from the rest, and where the liberator Simón Bolívar was also buried for 12 years before being repatriated to Venezuela.

Getting lost in its colourful streets and balconied houses is a must if you want to get to know Santa Marta in depth. Many of its streets were named by the people of the time and were associated with a trade or custom. For example, it’s fun to learn that the Parque de Los Novios (Couples’ Park) gets its name from the time when it was customary for a band of musicians to play there and couples in love liked to go there to enjoy themselves. Today it is one of the liveliest places, especially at night, as are 19th and 20th streets and Carrera 3, where you can enjoy live music and a varied gastronomic offer.

Other places to lose yourself downtown are the Plaza de San Francisco, the Parque Bolívar and the Calle Colonial. The Casa de la Aduana, where the Tayrona Gold Museum is located, also stands out, displaying pieces of pottery and colonial gold and silverwork that show the present and past of Santa Marta.

In search of the Lost City

Santa Marta is the gateway to the jungle of the Sierra Nevada, where one of nature’s mysterious sites is located, as it has been literally hidden for centuries. We’re talking about the Lost City, an enigmatic and sacred archaeological site in Colombia.

This historic site is only one of the most beautiful places in the world, but it requires a lot of effort, as it is difficult to access. Travellers have to hike for four days and climb up 1,200 steps before they can enjoy it. But the breathtaking natural Eden that comes into view on arrival makes the journey well worth it. This adventure is suitable for trekking enthusiasts and is closely monitored by the Colombian government. You are not allowed to go on your own; you can only go with special guides affiliated with authorised companies.

To go in search of the Lost City is to immerse yourself in the spectacular wilderness that engulfs the trail with giant vines, contrasting natural colours, mountain ridges, a wide variety of wildlife and scenery against the backdrop of the waters of the Buritaca River, which zigzags along the route and in turn helps to refresh the tough hike. A feast for the eyes in an experience that promises the opportunity to unwind, take in breathtaking sunrises and to explore authentic villages such as those of the Kogui, Arhuaco and Wiwa, descendants of the Tayrona.

In fact, the Lost City preserves the remains of the ancient Tayrona civilisation and was abandoned after the Spanish conquest and rediscovered in the 1970s by a group of treasure hunters, although the indigenous communities who live there say that they found it much earlier. In 1986, it was declared a World Heritage Site by the UNESCO.

This historic hacienda is an attraction for any visitor who wants to delve deeper into Colombian history. Its importance and fame comes from the fact that it was the last resting place of the Liberator Simón Bolívar, the Venezuelan military man who fought against the Spanish crown and led the fight for the independence of the Latin American territories. The visit allows you to see different rooms such as the bedroom where Bolívar died on 17 December 1830, a space that still preserves the clock that marked the time of his death, his bed and a red velvet armchair where he dictated his last proclamation.

The Quinta de San Pedro Alejandrino is located only 5 km from the centre of Santa Marta and at the foot of the foothills of the Sierra Nevada. Also within the complex are the Bolivarian Museum of Contemporary Art and the Botanical Garden, where you can enjoy the lushness of the region’s own plants, some of which are more than 100 years old.

Another destination worth visiting if you have some time is Aracataca, the hometown of Nobel Prize winner Gabriel García Márquez. Buses leave from Santa Marta and it takes about an hour and a half to get there. It’s fascinating to visit this town that served as inspiration for Gabo to conceive his Macondo in ‘One Hundred Years of Solitude’, his main work that has marked many generations and has been translated into more than 30 languages. Today you can enter the Gabriel García Márquez House Museum, a re-creation of the house where he spent his childhood. The museum’s 14 spaces replicate, among others, the room the writer occupied as a child and the silversmith’s workshop where his grandfather worked. You can also walk through the begonia corridor to courtyards filled with gardens and leafy trees.

Tips and routes to enjoy Christmas in New York with children

Welcome to B-Travel Blog, your site for travel and getaways to any corner of the world